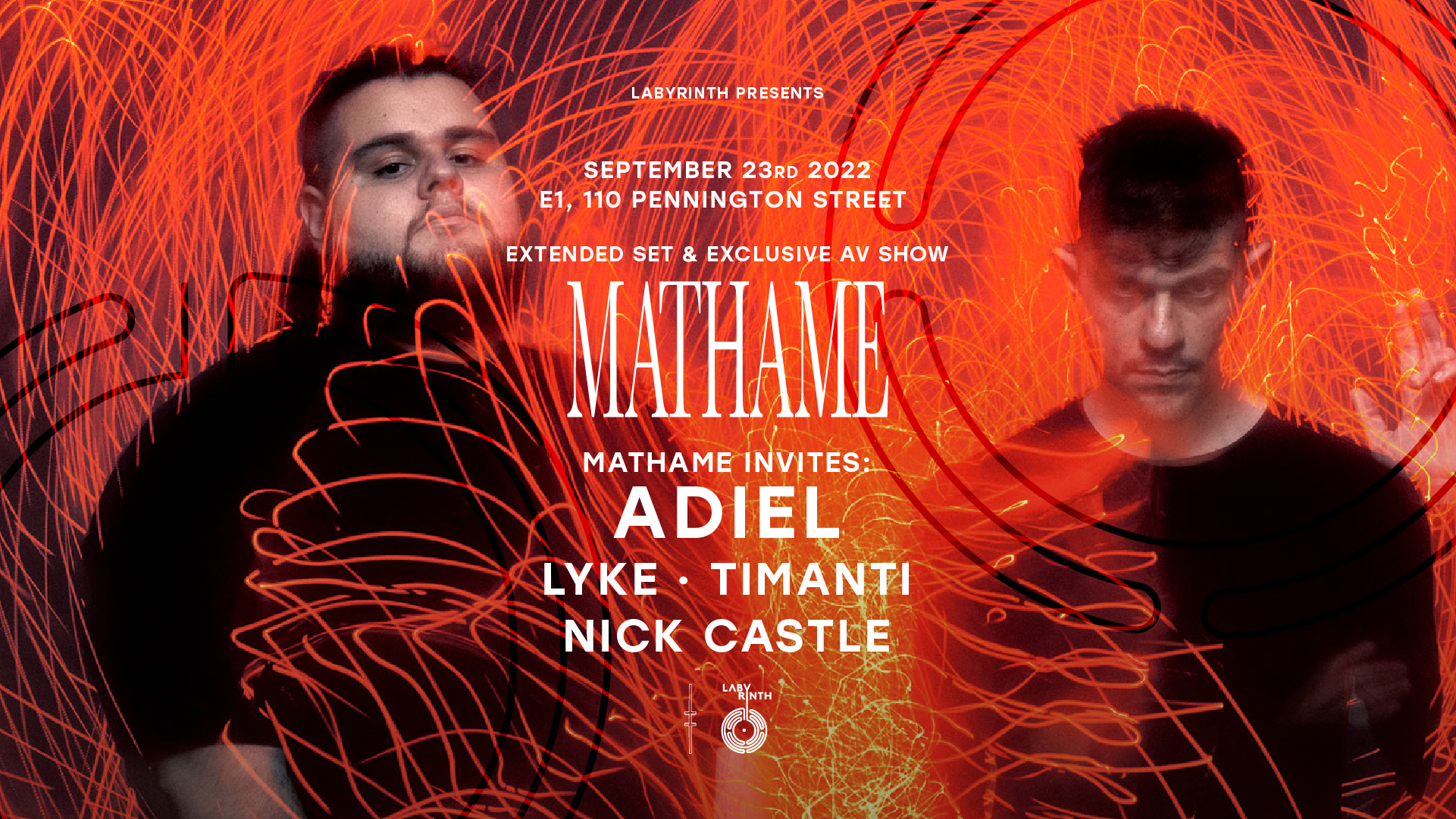 Following their sold out show at Village Underground, Mathame return to London on September 23rd and take over E1. The Italian duo will be bringing an exclusive AV show to London for the occasion and will play a rare 3 hour extended set.

A new audio-visual project from Mathame, debuted in London for the very first time, that explores the connection between sound, movement and light - all connected by technology.

Full venue support across two rooms at E1, will be announced.

Amedeo and Matteo Giovanelli grew up living in a forest on the slopes of the most active volcano in Europe, Mount Etna, living in this otherworldly landscape helped nurture the unique sound the brothers project today, ethereal, dreamlike with heavy soundscapes, thunderous bass, and spectral noises.

The duo have gone on to gain worldwide recognition, helped by their sublime releases on Afterlife, Systematic Records, Oddity and Souvenir, and a globe-trotting touring schedule.

Most recently, they collaborated with Grammy nominated duo CamelPhat on "Believe" - the debut of 'NEW SOUND PROGRAM’, a series of singles curated by Mathame that aim to deliver tailored tracks for the dance floors this summer. The project focuses on sci-fi-clubbing.

We can't wait to hear and see what comes from this landmark Mathame show.

Make sure you're with Mathame on September 23rd, for their most exciting London date yet.