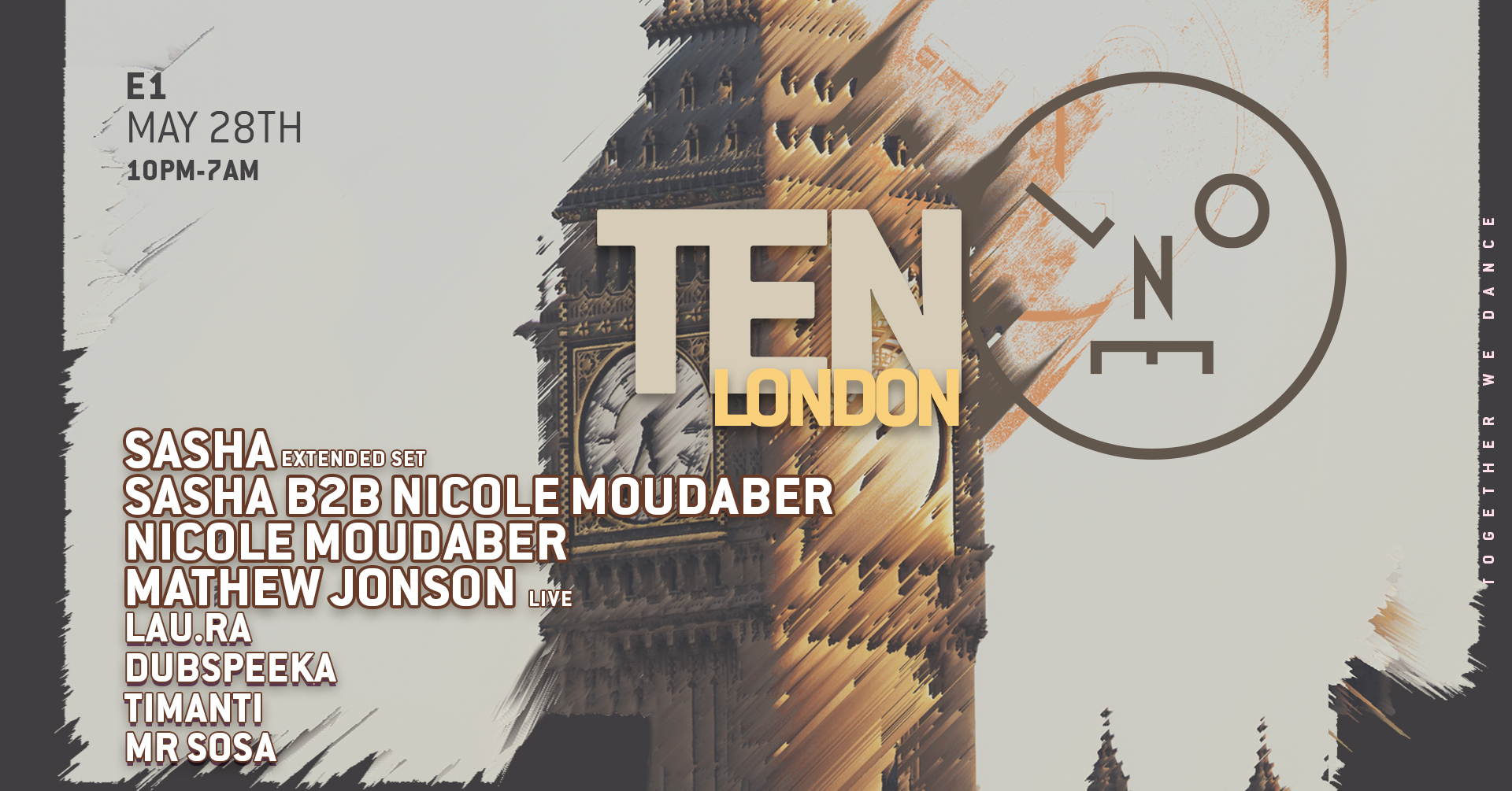 Sasha is back in town and is taking over Pennington St’s E1 on May 28th for a rare label showcase to celebrate 10 years of his Last Night On Earth imprint.

Last Night on Earth record label is owned and run by the legendary veteran Sasha. It is a platform for both future-facing artists and established names alike, LNOE TEN is a celebration of the stories of the music, unity, expression that have made LNOE what it is.

In the 10 years Sasha has been running LNOE the talent that has been showcased is phenomenal, the likes of Franky Wah, Nicole Moudaber, Radio Slave, Qrion, Spencer Brown. Dubspeeka, La Fleur and Mr Sosa to name a few.

To celebrate LNOE’s impressive catalog we have curated a line up that is true to the future of the label, whilst also celebrating its legacy so far.

Joining the 10 years of LNOE celebrations is none other than Nicole Moudaber, Label boss, producer, DJ & radio host. Nicole Moudaber stands in a class of her own and is one of the techno world’s most iconic members.

As a landmark date for the label, Labyrinth is overjoyed to announce a special UK debut b2b set from Sasha and Nicole Moudaber. With two masters joining forces, this is set to be a monumental moment for the label that will bring both healing and rage inside East London’s industrial walls.

Mathew Jonson will bring his revered Live show to the venue. This Canadian DJ, producer, and educator has a clear understanding of the universal laws of house and techno, throwing out the rule book time and time again, sneaking tricks learned from electro and even drum'n'bass into global clubs. We're eagerly anticipating what he'll bring next into East London’s state of the art and production home.

Dubspeeka is a Bristol producer and DJ who has released on Sasha’s LNOE as well as Drumcode. No stranger to the scene and responsible for an original and exciting style of techno.

Nomadic DJ and producer Timanti, is inspired by nature and the founder of the Tribelife collective. Always pushing boundaries that seamlessly traverse across Ambient, Tribal Rhythms to Techno.

With a string of successful releases on Sasha’s LNOE and Anjunadeep. Mr Sosa is making a serious name for himself in the House and Breakbeat world and is renowned for his catchy chords and menacing acid basslines.

Curated by Last Night on Earth and produced by Labyrinth. Expect to see a custom lighting design that utilises the full capacity of lightning that the venue is profoundly commended for.