Jungle extended set, salute and Decades at EartH Sold out 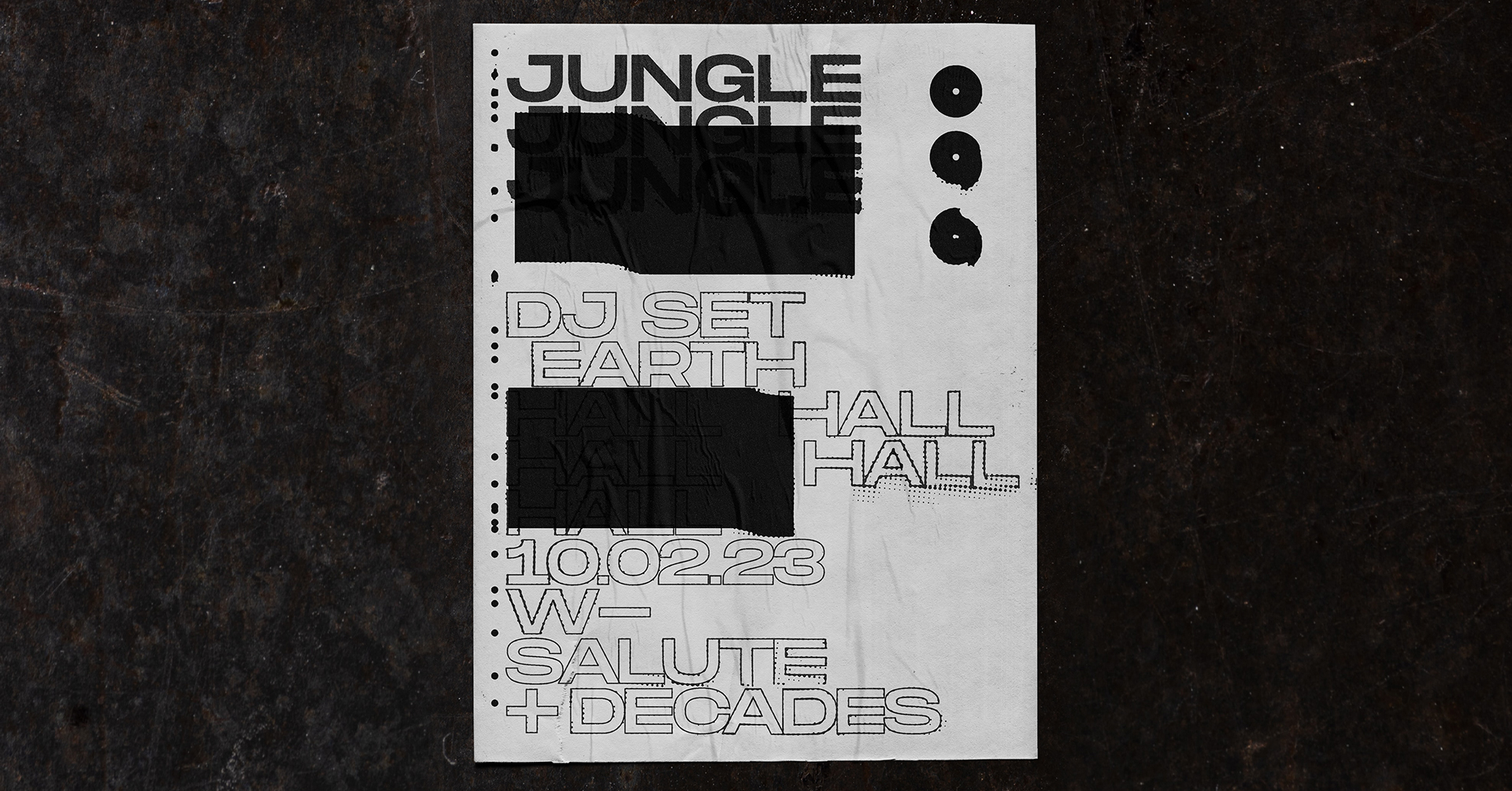 One of the most profound musical duo's of our generation - the Mercury nominated neo-disco genius that is Jungle touch down in Hackney on February 10th for a rare extended DJ set.

Having started in their bedrooms in Shepherd Bush as childhood friends, the band have grown to be adored by musical fans all over the world. Their latest album 'Loving In Stereo' was one of our favourites of 2021 and epitomised the fun, danceable, loving pop music that "T" and "J" have become so widely loved for.

After their standout closing set on the Tom Dixon stage at our Tofte Manor opening in August of 2021, Labyrinth are thrilled to welcome them in EartH in Hackney for an extended set.

Headlining support for the duo is Manchester's man of the moment and one of the most exciting UK artists to be signed to Ninja Tune - salute.

salute is a producer, songwriter & DJ now based in Manchester, born and raised in Vienna. salute began making music when he was 13 and in recent years has gone from strength to strength putting out tracks filled with euphoria and emotion, notably the infectious single ‘Joy’.

After hitting their stride with some incredible club releases, salute made his major label debut with standout tracks and fan favourites 'Joy' and 'Therapy'. Music that soundtracked the post pandemic world and garnered the support of Four Tet, DJ Seinfeld, Floating Points, Mall Grab and more.

Now signed to his childhood dream label Ninja Tune to work on records and his debut album, 2023 and beyond is set to be the year salute truly breaks out.

Rising London duo Decades (Coldabank & Anna Straker) complete the bill. Having spent years producing, writing and releasing together on other projects, it was their experimental all-night sessions in lockdown that where they stumbled upon a new musical synergy. Combining their distinct vocals with rich chord progression and festival-ready beats, Decades are here to slay.