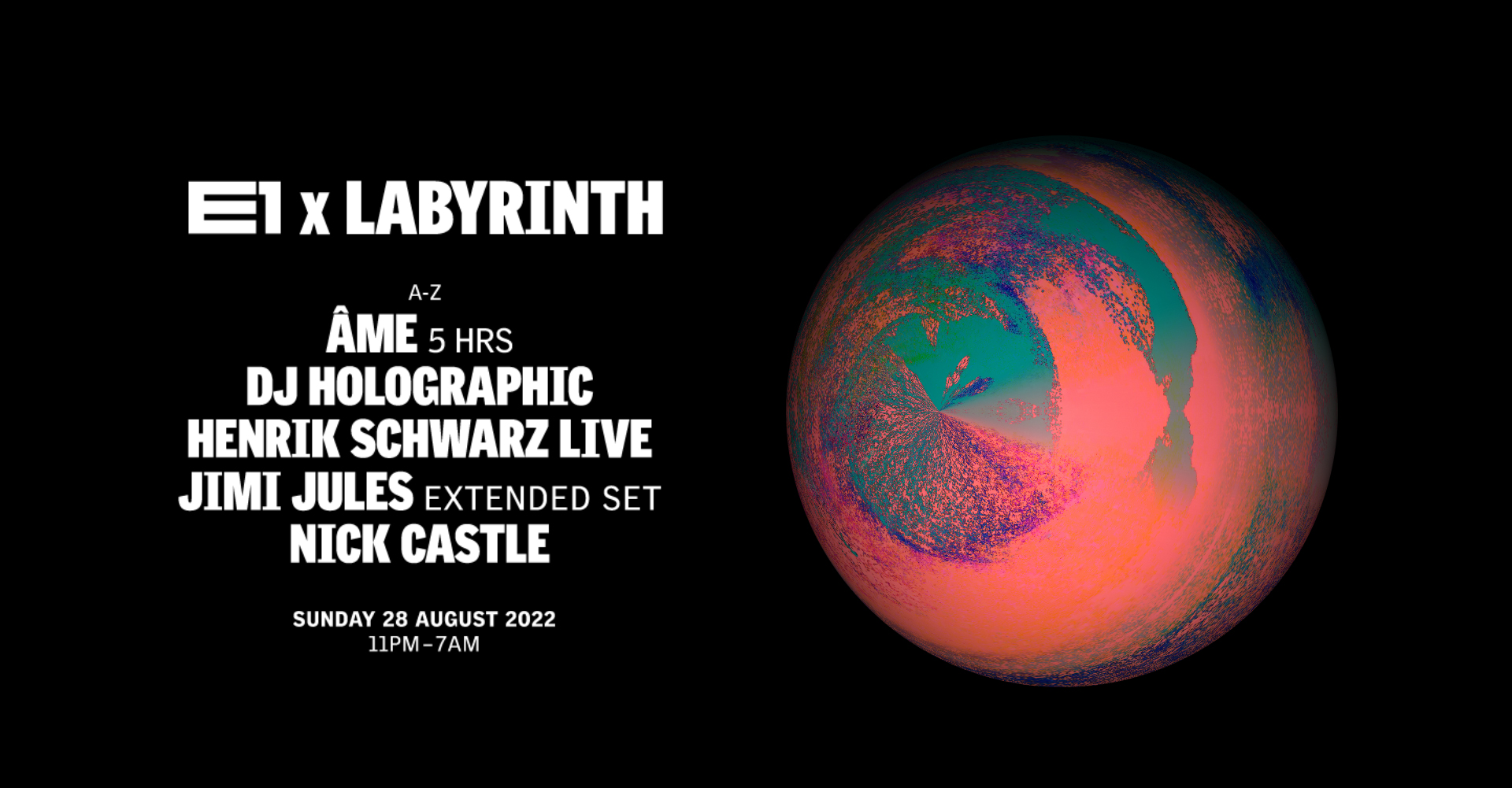 Following Amê's compelling sets for us over the years, we're thrilled to welcome the evolving German outfit back to E1. While a significant chunk of dance music stems from sounds and sub-cultures of the past, Amê's work focuses on the present. Encompassing multiple textures, from driving techno to obscure, genre-free melodies, Amê's DJ sets seep under the skin, pulling the dance floor through a vortex of sounds. With a slew of enchanting releases on labels like NINL, LEA PORCELAIN RECORDINGS, and their own Innervisions imprint co-founded with Dixon, Amê remains an unparalleled project which continues to break new ground in electronic music.

Balancing the roles of composer and producer, German artist Henrik Schwarz makes his Labyrinth debut. A household name in electronic and classical music, Henrik is a rare talent working in

disparate realms, making him all the more intriguing. Having remixed for artists including Coldplay, Mary J. Blige and Foals and released his own spirited material on Innervisions and Global Underground, Henrik will lean into more club-orientated tones for us on the night.

Swiss artist Jimi Jules heads up the Black Studio alongside Detroit native DJ Holographic. After releasing his debut album "+" on Innervisions in March, the multi-instrumentalist is going from strength to strength.

Dipping into esoteric electro and emotive house, Jimi is one of the most innovative artists of our times. Considering DJ Holographic's true-to-form title as a one-woman funk machine; you can guarantee our intimate studio is in the most capable hands.

Founder and resident DJ of Labyrinth Nick Castle completes the bill. A collector of storied sounds in his own right, you can expect anything from italo house to melodic techno to creep into his sets. It's no wonder he's supported Dixon, DJ Koze, Sasha, Adriatique, and indeed Amê since launching the nomadic Labyrinth series in 2017.