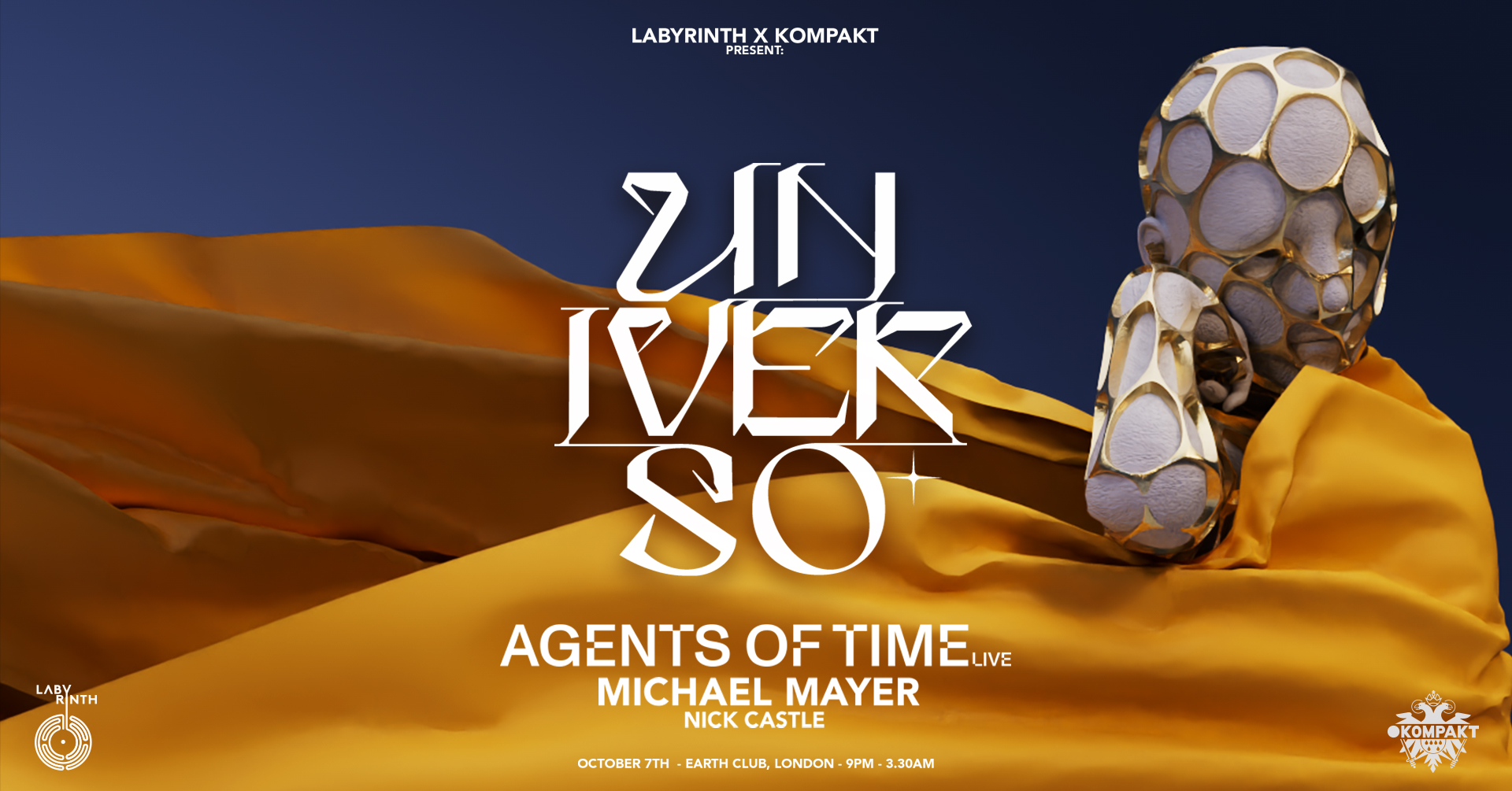 Everyone can create their own “UNIVERSO”

Prepare for a full AV experience into a new immersive world.

Agents Of Time hits EartH this October as the high-spirited Italian duo return to the city with the launch of their new Universo album on Kompakt.

The unorthodox and refurbished style of their pop inspired and newly distinguished musical identity promises fresh perspective for its audience.

Permitting possibility and a sense of oneness through their miscellaneous sound, the album shone light experienced through the pandemia and listeners can expect to find their own personal universo to a visual 3D art.

With an ear for underground projects since first being introduced to music, German producer, remixer and the A&R behind UNIVERSO - Michael Mayer joins Agents of Time this October and will play an extended set.

Living and breathing the full spectrum of melodies the Kompakt record label co-owner drives his assorted style into his sets and offers a refreshing outlook for creative freedom in the music business.

Viewing his craft as a way to entertain and educate his listeners, this is one you won’t want to miss.

Labyrinth founder and resident DJ Nick Castle will complete the line-up, after supporting across an impressive catalogue of artists since the launching Labyrinth series in 2017, it's no surprise he joins these two powerhouse names in the scene.